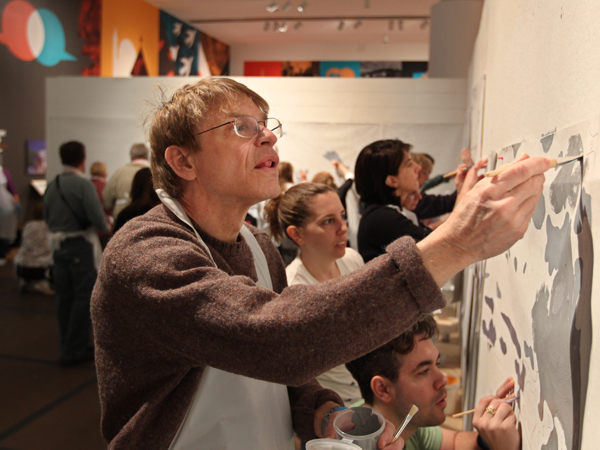 Wayne Roberts works along with a room full of other artists to paint by number the mural sections that will eventually be placed under the Girard Avenue Bridge. The murals are the first to be installed in Philadelphia’s illustrious Fairmount Park. (MICHAEL BRYANT/Staff Photographer)