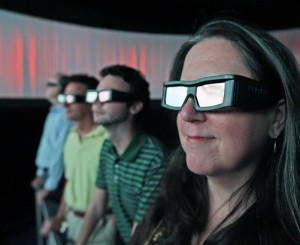 History in 3D! The centuries will collide in Philadelphia's historic district this weekend when tour guides in 18th-century garb welcome visitors to the 21st century and a 3-D theater in the round. (Michael Bryant/Staff Photographer)

The spectacular newest addition to Philadelphia’s historic attractions has a Grand Opening Weekend October 1-3, 2010.  The Philadelphia Inquirer devotes a cover and center spread of its Weekend Section to this 360-degree 3D film adventure.

Step Up to the Plate Food Service Initiative Featured on NBC10

NBC10 spotlighted Step Up to the Plate, a food service distribution program for individuals experiencing housing or food insecurity.

Mural Arts Philadelphia partners with the Philadelphia District Attorney’s Office and Art for Justice to create residency for ex-inmate artist.

AIDS Fund Philly’s 33rd Annual AIDS Walk brought thousands of people together and raised over $300,000 for the fight against AIDS

Site/Sound Festival gets beautiful coverage in the Philadelphia Inquirer

Site/Sound, a partnership of Mural Arts Philadelphia, Friends of the Rail Park, and American Composers Forum, was a highlight in the Philadelphia art scene in October.